544108-2013
Joint Project-Higher Education and Society
The project was created to improve student employability and social impact by developing a unique student media production endeavor. By creating specific synergy between media corporate and educational institutions  new modalities of cooperation were established in order to allow students to gain more practical experience and to present themselves and their work to media corporate as potential future employers. Creating a new student broadcasting platform has introduce some changes in curricula and teaching methods. Also, it gave students a channel for expressing their ideas, greater influence the society and stronger international connections among students in the region. The Project was lead by the University of Arts in Belgrade in partnership with University of Novi Sad, College of Applied Sciences of Electrical Engineering and Computer Science in Belgrade, University of Banja Luka, University of Sarajevo, Aleksander Moisiu University of Durres, University of Tirana, Academy of Music Arts in Bratislava, University of Ljubljana, National Academy for Theatre & Film Arts “Krustyo Sarafov”, Serbian Broadcasting Corporation, Radio Television of Vojvodina, Radio Television of Republic of Srpska, A1 Report Television, Radio Television Bosnia and Herzegovina, and Student Association of Serbia.
Duration: 2013-2016
www.studavp.net 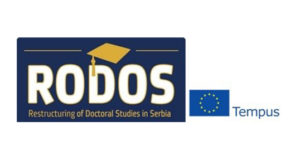 SM 516851-2011
Structural Measures-Governance Reform
Equal access to higher education provides advantage in access to labour market and represents a major tool for eradicating poverty and social exclusion. With this project we are aiming to increase chances of youth in Serbia to enter and remain in higher education (HE), especially Roma, persons with disabilities, rural population, young people from lower education families and other underrepresented groups.
Duration: 2012-2015
www.equied.ni.ac.rs

JP 517098-2011
Joint Project-Curriculum Reform
This project in a field of music education was lead by the University of Arts Belgrade and consolidated efforts of experts from 6 EU countries – Austria, Czech Republic, Lithuania, Netherlands, Slovenia and Sweden – and 3 Western Balkan countries – Serbia, Bosnia and Kosovo. 18 institutions from Higher Education (HE), enterprises, science, association of universities, governmental, student and professional organizations will be involved in the project. The wider objective of the project is to contribute the reorganization of musical education in the WB region in line with the current European trends.
Duration: 2011-2014
www.inmuswb.net

C015A06 – February 2006
Structural and Complementary Measures
Establishing Central University Services is a structural measures project aimed at  upgrading strategic and reform capacities of administrative staff working at the university central administration, and at the university’s organizational units (constituent faculties), in order to prepare the staff for functional integration of administration and services. Besides administrative capacity building in preparation for future integrative function of the University, this project focuses on establishment of an embryo of central university services that ought to integrate and coordinate the present parallel services that exist at the faculties. In the final stage of the project the established central university service ought to demonstrate pilot enrollment of students to all study programs offered by the faculties of the University of Arts in Belgrade.
Duration: 2006-2008

C009B04 – October 2004
Structural and Complementary Measures
The outcomes of the project are: networking and cooperation of Partner Country Universities regarding ECTS, document about the current state of ECTS implementation at Serbian Universities, trained ECTS coordinators, recommendations on ECTS promotional strategy at university level, comprehensive guide to ECTS and national web-site on ECTS, continual ECTS consultancy and assistance, proceedings of the final conference and dissemination of project results
Duration: 2004-2006